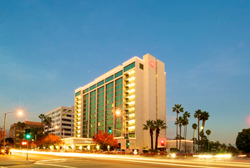 It is by now legendary that the 20th century was “the American Century.”  But, did the West celebrate prematurely the implosion of the Soviet empire?  Apart from “Havana Syndrome” (microwave attacks on U.S. diplomats), Putin’s Russia, and its war to reclaim Ukraine, remains a major geopolitical rival, with its hackers holding U.S. companies hostage for ransom.  Of the remaining communist one-party states–People’s Republic of China, N. Korea, Vietnam, Laos, and Cuba–“China” poses the greatest challenge.  China’s hackers excel at stealing U.S. civilian and military tech secrets, while its trade and investment policies aim to create dependent “vassal” states.  Thus, U.S. companies are constrained by lack of parts that are manufactured abroad, including strategic high tech and medicines.  The question arises: Can the U.S. heal its unprecedented internal social divisions of identity politics, and find the courage to withstand China’s “smoke-and-mirrors” gambit for world domination?  According to David P. Goldman’s You Will Be Assimilated: China’s Plan to Sino-Form the World, “China” has thrown down the gauntlet globally, whose success would signify the ultimate triumph of its “Made in China” strategy.  Can democracies compete with dictatorships in the 21st century without becoming like their adversaries?  If so, how can the American experiment in popular self-government meet the challenges of an uncharted future?

THE AMERICAN CENTURY 2022 endeavors to bring together scholars from a wide range of disciplines and denominations for an exciting international conference that takes both scholarship and faith seriously.  Conference Venue: Symposium 2022 is co-sponsored by IIR-ICSA-JIS in the City of the Roses–the world-famous Tournament of Roses–in sunny Southern California, with many cultural/sightseeing opportunities.  Send Abstracts (250 words) to: Dr. O. Gruenwald, JIS Editor, 1065 Pine Bluff Dr., Pasadena, CA 91107, USA, per e-mail (no attachments) by: June 1, 2022 to: JIS Symposium 2022 (click for e-mail).  Include: Paper Title, First & Last Name, faculty or student, mailing address, phone & e-mail.  Publication: Fully-developed papers will be considered for publication in the refereed Journal of Interdisciplinary Studies XXXV 2023. Symposium Web:  https://www.jis3.org/symposium2022.  Registration: Conference  participants must preregister (tax-deductible).  For those wishing to visit Pasadena for sightseing/cultural, contact: www.visitpasadena.com.